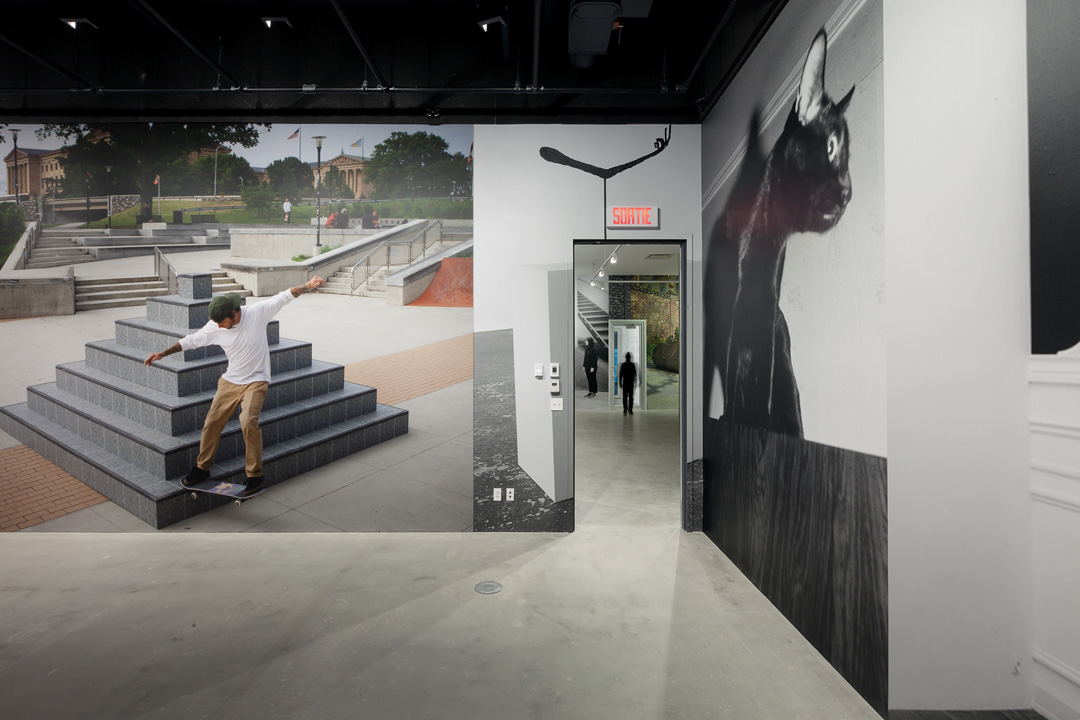 [Excerpt]
Exhibition views have taken on an increasingly important role since museum specialists began featuring them in exhibitions. Originally placed under glass, following a documentary protocol introduced via museology, this form of documentation has gradually come to be displayed on walls, occasionally ascribed the status of artwork, eventually attaining a monumental format and, as such, encouraging immersive experiences of documented exhibitions. Although its importance is now well established, especially with regard to the history of exhibitions, and although it has also been employed for the contextualization of past works and exhibitions, its use by artists has been little studied until now. For, in the hands of an artist, this documentation does more than actualize a past event: it ushers in a new way of practising exhibition-based art. The installation Exhibit Model by the British artist Jonathan Monk, with the many exhibition-related issues that it problematizes, will be the starting point for my reflection.1

Upon entering the gallery space and seeing Exhibit Model, visitors are immediately assailed by a powerful experience: immersion in an unrecognizable environment, strikingly different from what they are used to seeing. All of the walls have been covered in monumental images presenting various views of exhibitions, presented years apart, in different contexts. The views document multiple works created by Monk – shown in close-up as well as from a distance, head on as well as from oblique angles, in both colour and black and white – generating an experience of the space that is unusual, to say the least: at once labyrinthine and dizzying. The effect of these various exhibition spaces juxtaposed in this manner is not chaotic, however, as they have been assembled according to an overarching composition that establishes various formal relations and interactions with the architectural characteristics of the space that they cover. The wall of the building visible in one image, linked to a picture on a wall in the subsequent image, creates a strange volume: sometimes a power cord extends into the adjacent image; sometimes the connection is in the line of a shadow on the floor; other times, an infinite perspective is created by large window openings, generating an immediate effect of disequilibrium; at still other times, it is repeating doors (real or imaged) that result in spatial confusion. These exhibition views, employing the photomural format, arrange space unusually, and, although they do not result in the experience hinging solely on the spatiality of the image (its positioning in its environment) and spatiality in the image (the composition), they certainly provoke an unexpected relationship with place…
Translated by Michael Gilson

1 The specific installation has had three different iterations: it was presented first at Kunsthaus Baselland (May 27 to July 17, 2016), then at Galleri Nicolai Wallner in Copenhagen (November 4 to December 22, 2016), and finally at VOX, centre de l’image contemporaine, Montreal (November 16, 2017, to January 27, 2018). 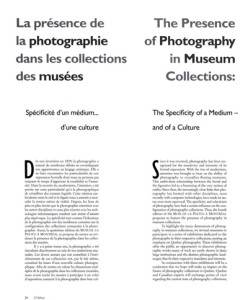 [Fall 1995] by Marie-Josée Jean Conference and exhibitions co-ordinator Since it was invented, photography has been recognized for the sensitivity and intensity of its formal expression. With the rise of modernism, attention was brought to bear on the ability of photography to crystallize fleeting moments. This ambivalent relationship between the literal and the figurative led […] 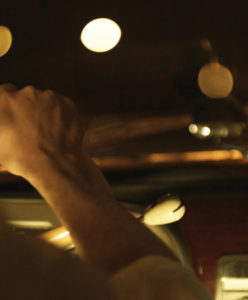 January 24, 2017 [originally published in CV89 in Fall 2011] — Marie-Josée Jean became director of VOX, centre de l’image contemporaine in 2002, after organizing the sixth and seventh presentations of Mois de la Photo à Montréal. For the last ten years, her research has focused on the theory and practice of image-based and conceptual art. For VOX, she has organized exhibitions by John Baldessari, Bill Vazan, Marcel Duchamp, Maria Eichorn, … 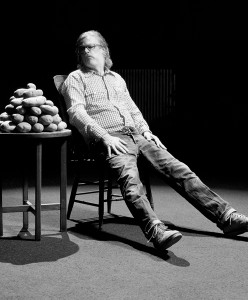 [Fall 2007] This article was originally published only in French. You can read it by switching over to the French version of this page. Musée d’art contemporain de Montréal du 7 octobre 2006 au 7 janvier 2007