The photographic speculative fictions that Eve K. Tremblay exhibited at Galerie Donald Browne bore the same enigmatic hallmark as has all her earlier work. Set in some day-after-tomorrow but finally in an indeterminate tense, these works challenge the viewer, who must interpret what exactly is happening there. And Tremblay is brilliant at upping the ante by imbuing these elliptical, restless, and seductively fey narratives with an emotional nimbus that invites us in and holds us there.

Indeed, it is a claim so strong that it is often hard to shake off its effects. Her work is delectably, seductively cinematographic. There is a compact inscribed in both retina and lived-body as we grow acquainted with her unlikely protagonists and her beautifully lit and consummately ambiguous scenarios.

The clarity, beauty, and formal rigour of these images are simply breathtaking. But there are no easy answers to the ontological and psychological questions that they pose – just as in the life-world, it is a truism that there are seldom any easy answers. The “meaning” of a given image informs it as a fore-edge watercolour painting does the closed book, waiting to be unfurled when the book is fanned out, its narrative treasure revealed like a talisman in the palm of one’s hand. So, too, Tremblay’s luminous images hide their true subject matter in plain sight. Meaning here is not fugitive but in flight – and requires our imaginative engagement to tether it through interpretation.

As we examine works in her recent Postures Scientifiques series, we find that the works suggest narratives that must be completed inside our own minds, and this relates to “reading” them as if they were captivating narrative fictions the plots of which we grow inside our own heads.

In works such as Semence d’archive (2006), Introspection (2005), and Lab Squatter (2006), Tremblay offers what seem like film stills but are really apertures that open out on an utopian or dystopian reality beyond our immediate ken, an Alphaville of the mind’s eye. Her crisp and deft handling of cineastic atmospherics remind me of Winterbottom’s film Code 46 and indicate she has a real future in film anytime she wants to make the transition. In Code 46, set in a near future, privileged classes live and work “inside” walled cities, while non-citizens remain “outside” in a hopelessly closed situation of perennial impoverishment. The business of making “papelles” – identity papers necessary for travel between cities – bears an eerie familiarity to these photographs of hydroponic farming routines and anonymous laboratory situations in which you are either the consummate insider – the dubious protagonist – or an outsider looking in, clueless at first but increasingly caught up in the enigmatic scenario, unwilling to let go.

In these large-scale colour (and now occasionally black-and-white) photographs, Tremblay works nimbly to span the worlds of interiority – the psyche within – and exteriority – the world outside – reminding us of our engagement in the unending human task of keeping inner and outer reality separate yet irremediably wed. She courageously births thought spaces for the expression of subjective ontology, even while recognizing that those spacesdheir transitional objects are always already intersubjectively shareable – habitable – and not without a measure of angst and uncertainty.

As we enter from the wings into her elliptical narratives, such as Pause (2006), Scène de Chasse (2006), and the marvellously suggestive Scène de Pêche (2006) (this latter executed near the Institut de Génétique et de Biologie Moléculaire et Cellulaire at Illkirch in Strasbourg, with workers there “acting out” her scenarios, adding a weird authenticity to the images), we become complicit in the play of shifting psychic states, mutable identities, and emotional potentialities, and we ask ourselves if Tremblay is doubling herself here. Wilfully? Knowingly? Is she the oft-poised protagonist of these mystery – plays – or is it an actress in her place? We may never know the real truth of it.

As we linger long in her cosmogony, we ask ourselves: is she simply being playful? Mischievous, even? No. Is this a masque that we are being invited to participate in? Yes. It seems we are far off the beaten track, in unknown territory, in the grip of the artist’s remarkable vision, and only her gnomic, if radiant, signposts are on view to help us negotiate a way through to identifiable territory. Perhaps that’s how it should be, for those signposts lead us into the heart of her labyrinth, where we are likely to meet a Minotaur that bears an eerie resemblance to both Tremblay’s theatrical identity and our own private Other.

James D. Campbell is a writer on art and an independent curator based in Montreal. He is the author of over a hundred books and catalogues on art and artists.

This text is reproduced with the author’s permission. © James D. Campbell 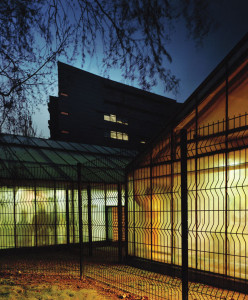 June 23, 2016 [originally published in Fall 2010] — This exhibition highlights narrative disruption and its consequences in five mature bodies of photographic and video work, and demonstrates how the uncanny seeps in and out of those ruptures in an auratic and seismic way, even as meaning and dénouement are delayed. Works by Bettina Hoffman, Carlos and Jason Sanchez, Milutin Gubash, Eve K. Tremblay, and Chih-Chien Wang… 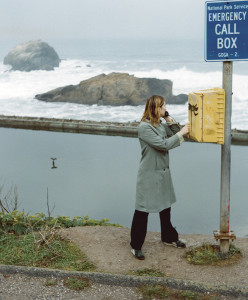 [Summer 2005] This article was originally published only in French. You can read it by switching over to the French version of this page. Honeymoons Pierre-François Ouellette Art contemporain, Du 6 novembre au 18 décembre 2004 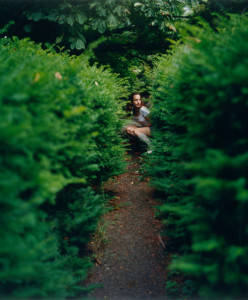 [Winter 2000-2001] This article was originally published only in French. You can read it by switching over to the French version of this page. Summary The photographer Ève K. Tremblay has created an allegorical work, reminiscent of “tales with a moral,” in which nymphets and mature women swarm busily to embellish life. The places chosen […]