Born in Kabul, Afghanistan, in 1973, Lida Abdul lived in Germany and India as a refugee after being forced to leave her homeland following the Soviet invasion of 1980. This brief biography seems critical, as it is an integral subject in her two exhibitions concurrently on view at Centre A and the Western Front in Vancouver. Both shows are full of lyrical and poignant works that point to the impossibility of representing the past and ongoing ravages to her native country: “How do we come face to face with ‘nothing’ with ‘emptiness’ where there was something earlier. I was a refugee myself for a few years, moving from one country to another, knowing full well that at every juncture I was a guest, who at any moment might be asked to leave. The refugee’s world is a portable one, allowing for easy movement between borders. It is one that can be taken away as easily as it was given: provisionally and with a little anxiety on the part of the host.”1 Abdul refutes coherent narratives and signs that attempt to reflect straightforward relations among subjects, places, and identities.

Aware of her own state of mutability, Abdul explores relationships between architecture and identity in post-war Afghanistan through film, performance, and photography. Architectural ruins appear in her work as both real and imaginary sites, where the performative gestures of men, women, and children are set in an attempt to represent the residues of devastation and conflict. Through architecture and its representations, she poses questions about constructions of place and identity, specifically the West’s collective imagining of Afghanistan. For her, architecture is subject and object; site of living social exchange and memorial to history; monument and anti-monument.

At Centre A, this focus is represented in a series of works installed in a considered and moving exhibition by curator Makiko Hara. Included are a group of beautifully shot photographs of Afghani landscapes that tread a careful balance between the monumentalizing images found in National Geographic and the poetics of documenting a country where no image could ever encompass the breadth and depth of its people’s experiences. These photographs are complements to performance videos shown in the rest of the gallery. In a monumental projection, What We Saw Upon Awakening (2006), Abdul documents a surreal performance of destruction of the ruins of a building. The performance begins with a close-up of men dressed in traditional black clothing, moving with Herculean effort. As the camera moves out, we become aware that the men are holding white ropes and pulling on the ruins of a house (one that was destroyed by a recent bombing in Kabul). Over the course of six soundless minutes, we watch this group in a dance that is poignant and futile – their actions a sorrowful metaphor for the attempt to survive amidst the ravages of war. The performance ends with the burying of a white stone that is perhaps an act of closure or a moment of communal healing. The ritual and repetition of their actions, combined with the looping of the work, seem an acknowledgment by Abdul of the fate of Afghanis: despite their striving to gain control through acts of sheer resilience and compulsive gestures, she points to the complex processes of survival and recovery.

Abdul employs ritual and repetition as metaphors for healing and reconciliation richly throughout her work. In White House (2005), in a landscape strewn with ruins, Abdul painstakingly paints the rubble of a destroyed building white. Invoking the idea of whitewashing history, for Abdul the most difficult thing is to move beyond the memory of an event, pointing to the loss of the navigational principles that determine our understanding of belonging, identity and place – the “contingent ethics of geographical emplacement in which we might jointly puzzle out the perils of the fantasms of belonging as well as the tragedies of not belonging.”2

With work that takes up the subjects of history and memory as Abdul does, there is always the possibility of resorting to familiar tropes found in popular media, and to use them in didactic and simplistically singular (neo-Orientalist) ways. By implicating herself within the complex act of memory making, Abdul avoids this; instead, she creates poetic spaces that allow viewers to interrogate the familiar and the personal. Her work combines ritualized formalism with mythology and playfulness, seeking to understand the surrounding world. In many ways, witnessing her pieces is like attempting to make visible (but never resolve) the contradictions and the paradoxes of our understanding of her homeland.

Born in Kabul, Afghanistan, in 1973, Lida Abdul resides there now. Her most recent work has been featured at the Venice Biennale 2005; Istanbul Modern; Kunsthalle Vienna; Museum of Modern Art Arnhem, Netherlands; Miami Central; CAC Centre d’Art Contemporain de Bretigny; and Frac Lorraine Metz, France. She has also exhibited in festivals in Mexico, Spain, Germany, Uzbekistan, Kyrgyzstan, and Afghanistan; She was a featured artist at the Central Asian Biennial 2004.

Sadira Rodrigues is an independent curator and arts administrator based in Vancouver. She is currently involved in public programming at the Vancouver Art Gallery. 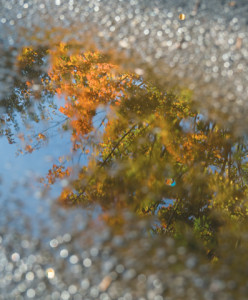 [Summer 2008] Patrick Mikhail Gallery, Ottawa, January 9 – February 3, 2008 Over the years, Cheryl Pagurek’s art practice has gradually shifted from sculpture and installations to printed photographs and, finally, in the present exhibition, to the ultimate Ephemera of moving digital imagery. The more fleeting her work becomes, however, the more strongly it shows […] 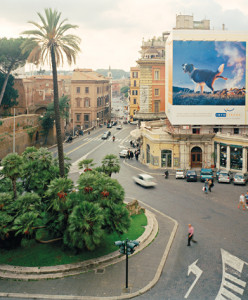 [Summer 2008] This article was originally published only in French. You can read it by switching over to the French version of this page. 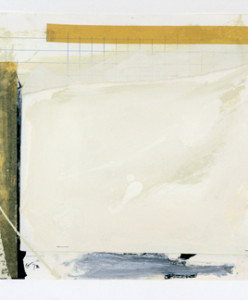 [Summer 2008] Galerie Roger Bellemare, Montreal October 6 – October 27, 2007 The stark elegance of Charles Gagnon’s photographic oeuvre is one of its defining characteristics. It is always, however, underscored by powerfully enigmatic markers. Those indexical markers are like fingers pointing to unseen presences – or a transcendent reality. Gagnon was always a champion […]