In Short Sentences, an aptly titled show of recent photographic and video work, Chih-Chien Wang offers a moving photographic journey that is also a poetic reverie on words and things, life and death. The show is fittingly bracketed by an image of the artist’s son asleep, and another of his son being breastfed by his partner, Yushan. In the former, Shaore Lies on Futon, a photograph of his son lying prone on a futon in deep sleep, Wang evokes the fragility of young life. It is as though he is telling us that these iconic images of domesticity “connect the dots” throughout his body of work, and the formal beauty of the installation also establishes and ennobles family as his creative fundament, as the axis of his world.

Wang has spoken of the “weightlessness” of the images, and this is a tribute to their clarity and overall sense of affirmation. They metaphorically float, carrying us along with them. He dilates upon birth, relationships, motherhood, and death, and these subjects enjoy dovetailing continuities throughout the exhibition. Wang says, “It is a small world made of short sentences. They murmur, and they unsettle. The sentences come quickly and leave quickly. They are almost weightless, and that is normal.” Many of the “words” that compose these “sentences” are found images, some of them manipulated, and most of them hallucinatory in their palette. The groupings of images are like syntagmatic structures that set the mode of time-awareness for the narrative in which viewers are embedded. Wang is a collector, and the things that he finds on his journeys on foot through the city become words that define his very existential reality, and invoke the temporal.

In Found Object/Flower/Front, the damaged flower found in the street and enlarged to human scale becomes almost surreal, as though it has arrived courtesy of an Outer Limits episode. Its green is a phenomenal order of green, and its stamen suggests a dying being. In his Pineapple and Cabbage Flower photographs, which hark back to his earlier images of melons and banana skins, the palette of the kitchen pantry has an uncanny resonance. Common fruits become exotic by their particularity, sheen, and hue.

The video installation A Light Instrument (2011) is composed of three videos made from a still image of Yushan standing by water in the tenth month of her pregnancy. The videos dovetail thematically with the photographic images. In the one using twin screens that wed the right and left optics, one screen is positioned lower than the other, but the eyes are at the same height. As we position ourselves in space in front of the screens, we have to seek out parity between her gaze and our own, much as Wang sought out equivalence in the making as he sought to search out and seize her gaze inside his own.

Before he emigrated to Canada in 2002, Wang was filming TV documentaries in Taiwan. Certainly, that experience and the expertise that he acquired were important for the development of his photographic art. In his current production, we can see that his background in documentary filmmaking has served him well. One might say that he turned the training in question back upon himself, and his domestic world.

Wang has spoken of wanting to “feel time” in executing his work, particularly in the images of Yushan. The temporal is, of course, latent in the act of seeing, choosing, and photographing and in the patterning of the domestic artefacts that emerge here as the unlikely protagonists of vision and visuality. The artist’s own subjectivity is evident in small but rather telling details: the choice of object, its colour, its contours, its disposition relative to other objects and their backdrops, and the final, often unavoidable self-presence as it takes centre stage. Wang maps the minutiae of the domestic milieu with measured devotion, and has now courageously leavened the mix with meditations on the mortality of things. If he tracks the temporal arc of things on the way to their ending, he also performs the reverse. He tracks his partner’s pregnancy, leading to the birth of his son – a new beginning.

Whether at the Granby Zoo, on the streets of Montreal, or in his own kitchen, Wang practices a very human taxonomy. It is also, of course, a specific homage to the idylls and anxieties of being in a relationship, with a young child, in the midst of domestic life. His images speak of care and alterity, anxiety and foreboding. In a quiet poetry of reflection that reveals the uncanny implicit in the most unprepossessing of objects, he shows them to be highly eloquent artefacts. When his reflections on his own family find expression in images, the eloquence lies in voicing their humanity.

James D. Campbell is a writer on art and independent curator based in Montreal. The author of over 100 books and catalogues on contemporary art and artists, he contributes frequently to visual arts publications across Canada and abroad.

This text is reproduced with the author’s permission. © James D.Campbell

[Winter 2018] This article was originally published only in French. You can read it by switching over to the French version of this page. L’hiver nous lie, puis vient le printemps Pierre-François Ouellette Art contemporain Du 31 août au 30 septembre 2017 Par Sylvain Campeau (French only)   [See the printed or digital version of […] 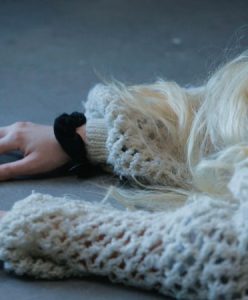 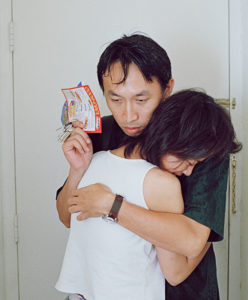