Tendance Floue is a collective of French photographers open to the world and the power of expression who reject labels and preconceptions. They are fascinated by the aesthetic possibilities that documentary photography, which they see as subjective, may offer them – whence, no doubt, the name of their group: “Tendance” (tendency), which tends toward without ever reaching the goal, and “Floue” (vague or blurred), resolutely evading precise definitions. The result? Twenty years of collaboration, discussion, and creation of individual and collective projects by a group of initially five people, then twelve until 2011, and now fourteen.

Tendance Floue was formed in 1991 by five pho – tographers (Thierry Ardouin, Denis Bourges, Mat Jacob, Caty Jan, and Patrick Tourneboeuf), born be – tween 1961 and 1966 – which was also to be the case for the six members added in 1997 (Pascal Aimar, Gilles Coulon, Olivier Culmann, Philippe Lopparelli, Meyer, and Stephan Zoubitzer, who has now left the collective). In 2004, twenty-nine-year-old Flore-Aël Surun, whose verbal vivacity was revealed, sometimes awkwardly, in the “mano a mano” roundtable with the collective agency VII at the 2011 Rencontres d’Arles, joined Tendance Floue; in 2006, Bertrand Meunier (Oskar Barnack Prize in 2001, Prix Niépce in 2007) was accepted; finally in 2011, Bieke Deporter and Alain Willaume became members.

The skeleton of the collective was formed at a time when classic photojournalism was turning to “people”/ “celebrity” photojournalism to survive, and as, one after another, Parisian agencies were folding or being bought up. Unlike Magnum (1947–), Gamma (1966–90), Viva (1972–82; I shall return to this) or Vu’ (1986–), Tendance Floue strongly advocates a new vision, a new aesthetic on the edges of contemporary photojournalism. Like the founders of Magnum, Gamma, Viva, and Vu’, the founders of Tendance Floue were a group of photographers with a sharp eye. Like their prestigious predecessors, they defend a creative approach to photography and fiercely protect their copyright and intellectual rights, as well as freedom for photographers with respect to market demand. Like the founders of Viva and Vu’, they investigate the changes that documentary photography has undergone, its current purpose, its audience, and its distri­-bution. They use the critical dynamic of the group to define and modify the production of images, and they see themselves as innovators, outside of aesthetic beaten paths.

At Tendance Floue, group projects, calling upon creativity and reflection, are meant to express the essence of the collective. As a result, they have proliferated since Tendance Floue was founded. They allow for challenge, permanent questioning…

So, how different are they? Some of the new elements of photojournalism lie in the changes in the market: fewer news magazine with their own staff photographers, less room given to creative images in the general press (a trend also courageously fought by Christian Caujolle and the Vu’ agency, and supported by the daily Libération when it started up), and less advertising revenue for the print press, which translates into cuts (the photographers are the first to go). For the past thirty years, the development of photographic institutions in France (collections, festivals, publishers, prizes, commissions) has somewhat redefined the field for the creative photojournalist. Another difference between Tendance Floue and Viva (or even the late Métis agency) is that the people at Viva were politicized “‘68-ers” who saw a brighter tomorrow beyond the harsh reality, “the beach beneath the cobblestones,” whereas the Tendance Floue photographers are post-“‘68-ers” who maintain a cautious distance from politics – in other words, the “modern-versus-postmodern” dichotomy in which Viva was the “modern” and Tendance Floue is the “postmodern.” Thetraditional French left (Communist Party, psu, and other groups) and far left (Ligue Communiste Révolutionnaire, anarchist movement, and other groups) have faded somewhat due to the spread of a Europe-wide social-democratic movement and the growth of the ecology movement. Photographers have followed the trend, the tendency, even blurred, of no longer hoping for the final struggle and the singing morrows!

France has been a haven for collectives, protecting intellectual property more effectively than elsewhere, commissioning institutional photographic projects: first the Mission Héliographique (1851), then the Mission de la datar in the late 1970s, followed by the Mission Transmanche (at first an English–French collaboration, quickly abandoned by the Thatcher government), and the Mission du Littoral. For instance, François Hers, one of the founders of Viva, launched the Familles en France collective project within the agency, then became a key organizer of the Mission de la datar. At Tendance Floue, group projects, calling upon creativity and reflection, are meant to express the essence of the collective. As a result, they have proliferated since Tendance Floue was founded. They allow for challenge, permanent questioning, and the reaffirmation of the group’s identity. They bring to the production of images what is often lacking in individual production: discussion, the gaze and questioning of others, the individual and collective exploration, and constant expert – because well-informed – feedback.The strong identity of the group, and its sometimes provocative self-assertion, became evident in 1991.

At the Rencontres d’Arles, the five members produced their own project. An exhibition took place at Galerie Aréna (the gallery of the École Nationale de Photographie). At the opening, the members of Tendance Floue burned their negatives in a sudden fit of bravado – an impulse that has been abandoned since. More projects followed, with “spectacular” titles (puns) that definitely stood out and made their supporters smile, but that did not explain much to most of the viewers except, again, a certain postmodern detachment that the often en­gaged images seem to deny. Is it self-derision, raising paradoxes, or even contradiction, or simply, yet again, a “blurred tendency” avoiding more defined and definitive goals? In Paris-Brest, c’est pas du gâteau (1992); Onze minutes (1998), the “concept” was to work for one day for eleven minutes, from 11:00 to 11:11 a.m.; Nous traversons la violence du monde (1999), documented the consequences of the oil spill of the tanker Erika and the alter-globalist movements (2000); À vous mes nouvelles (2001), post-9/11 and Palestine (2001–05); Nous n’irons plus aux paradis (2002), Nationale Zéro (2003–04); 00h00 gmt (24 hours in 2004–05); Trois histoires (2006); Sommes-nous? and mad in china (two weeks during the Olympic Games and on-site collaborations with Chinese graphic designers and artists) (2007); Mad in India (three weeks) (2008); mad in france (2009–10). The last, no doubt, was a witty response to the project La France that Raymond Depardon (Magnum) began in 2004 with a budget of €400,000 (€200,000 of public funds and €200,000 of private funds for four years), exhibited at the Bibliothèque Nationale in 2010 along with a parallel exhibition of works by fourteen young photographers invited by the photographer himself, a group that Tendance Floue did not join (or was not invited to).

Tendance Floue’s reflection on its own photographic practice does not stop with taking pictures or with organizing and executing projects, but also involves the distribution of their images. The members use multiple outlets: the regular daily press and magazines, various other forms of publication and self-publication (books, artist books), projection, video, and active participation in festivals and workshops. Editorial recognition came in 2011, for Tendance Floue’s twentieth anniversary, with volume 143 of Photopoche, a collection created and edited by none other than Robert Delpire, the first director of the Centre National de la Photographie (founded in 1982). No. 143, Tendance Floue, douze pour un, is the third volume dedicated to a collective, after Magnum (no. 69) and Vu’ (no. 107). Like this last volume, no. 143 comes with an essay by Christian Caujolle: a real and sincere tribute!The collective, however, had received recognition before 2011. In 2000, its works were shown at the prestigious photojournalism festival in Perpignan, Visa pour l’image; in 2001, at the Aubenades festival, and at the international festival of Bamako in Mali.

In 2006, it exhibited at the Centre Atlantique de la Photographie de Brest, and collaborated in the foundation of the magazine Photo Nouvelle. The magazine was launched at the Rencontres d’Arles that year when the Rencontres also dedicated an evening at the Théâtre Antique to the collective’s fifteen years of existence. In 2007, the book Sommes-nous?, presented at Arles, received the Infinity Award from the International Center of Photography (New York), founded by none other than Cornell Capa, Robert Capa’s brother. That same year, Tendance Floue was exhibited at Three Shadows (Beijing) as part of the Dashanzi international festival. The year 2008 saw the production of the mad in india project, a very special book launched at the India Photo Now festival and at the Rencontres d’Arles, and the exhibition Sommes-nous? at contact, the annual photography festival in Toronto. Since then, mad in france and the magazine Tendance Floue have also been presented at the Rencontres d’Arles, decidedly a privileged showcase for the collective. Last year (2011) Tendance Floue had both an exhibition and an evening of projections at Arles’s Théâtre Antique, a confrontation (in the “mano a mano” roundtable) with the agency VII, founded by, among others, James Nachtwey in 2001 – a vivacious evening during which Flore-Aël Surun displayed, with a very personal emphasis, the group’s self-assurance. The future of Tendance Floue, if not brilliant, seems well established because of the seriousness of its work, its promotion, and the flexibility of its structure. However this may also be its weakness. The playfulness and distance and the lack of solid structure may become hard to maintain. And next what? mad in montréal? In September 2013 at Le Mois de la Photo perhaps?
Translated by Käthe Roth

Created in 1991, Tendance Floue is a collective of fourteen French photographers who advocate that photojournalism be updated in a context of “peopleization.” The collective defends the photographer’s freedom in the face of market requirements. Its activities are found in the press, publishing, exhibitions, projections, collection prints, videos, and corporate and institutional communications. By updating narration and photojournalism, Tendance Floue has created its own language. The collective’s work with shared images has been featured in exhibitions such as Sommes-nous ? (2001, 2007, 2008, 2010) and Nous n’irons plus au paradis (2002, 2003, 2005), and in the MAD IN (China, India, France) series of books. www.tendancefloue.net

Bruno Chalifour was born in Limoges, France, and has been teaching and writing about photography for more than thirty-five years. He has been published in France, Australia, Canada, the United Kingdom, and the United States, to which he immigrated in 1994 to research the history of photography. He was editor-in-chief of the magazine Afterimage (2002–05), published by the Visual Studies Workshop (Rochester, N.Y.). His photographs are included in the collections of the Touring Club de France, Galerie l’Œil Écoute, Centres Culturels de la Ville de Limoges, SUNY Buffalo, Visual Studies Workshop, George Eastman House, and various private collections.

This text is reproduced with the author’s permission. © Bruno Chalifour

[Summer 2019] By Bruno Chalifour [Excerpt] Some two years after Nathan Lyons’s death, on August 30, 2016, the George Eastman Museum (GEM) is presenting an overview of the life’s work of one of the central inﬂuencers of American photography in the second half of the twentieth century:1 a photographer exhibited in the most prestigious museums […] 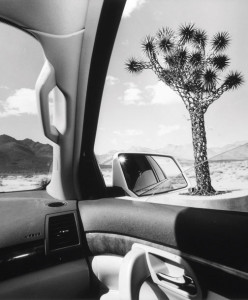 November 24, 2016 [originally published in French only in Spring 2011] — You can read it by switching over to the French version of this page.