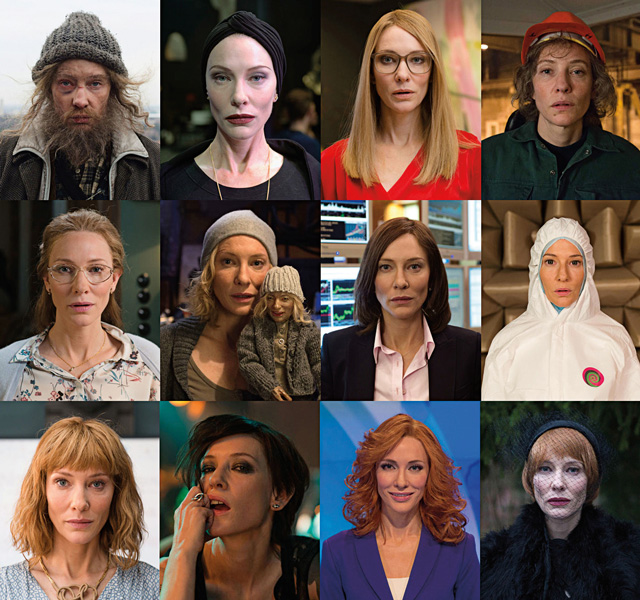 [Excerpt]
Whether playing a senior CIA agent (Hanna, 2011), Elf Queen Galadriel (The Lord of the Rings, 2001 2002, 2003), or a formerly rich New York socialite on the move (Blue Jasmine, 2013), Cate Blanchett has demonstrated her acting chops and established herself as one of the wiliest and most brilliant chameleons in contemporary cinema.

In Manifesto, a 2015 Australian-German multi-screen film installation in thirteen segments, each just over ten minutes long, scripted, produced, and directed by German video pioneer Julian Rosefeldt (b. 1965, Munich), Blanchett puts the megalopsychic capstone on her career to date with brio, audacity, and jaw-dropping verisimilitude. In each segment, she shines as she performs a different manifesto. Assuming personae as varied as teacher and puppeteer, news anchor and homeless man, Russian choreographer and trash incineration plant worker, Blanchett seduces her viewers effortlessly. She gives us a baker’s dozen of her most captivating performances to date. Each persona pays telling homage to the spirit and sensibility of one or more art manifestos…