The road to blindness is the central theme of Sokohi (literally, “the depth of shadows”). Taking her father as her subject, Moe Suzuki provides a reflection on what is visible and on the sensory experience of the world. Read Louis Perreault’s review.

In the pages of its magazine as well as on its website, Ciel variable pays a lot of attention to books dedicated to photography and particularly to photobooks. But what distinguishes a photobook from other books about photography? The panelists answer this question by discussing the relevance of these publications in a world where print has not said its last word. Round table discussion (held in French) presented by Ciel Variable at the 2022 Papier Art Fair.

Recently added to the online issues

Discover recent online content. New entries are added every week. Join us on Twitter to be kept up to date. 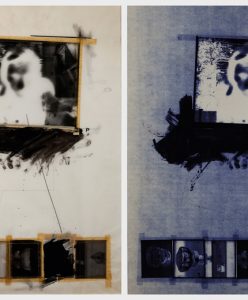 Camerart. Art from the Point of View of Photography — Pierre Dessureault

September 7, 2022 [originally published in CV111 in Winter 2019] — The exhibition Camerart, produced by Galerie Optica and presented in Montreal from December 16, 1974, to January 14, 1975, was a pivotal event in the photography/art debate in Quebec… 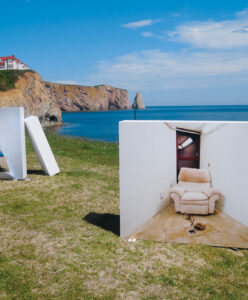 August 31, 2022 [originally published in CV111 in Winter 2019] — By Érika Nimis. Every summer since 2010, Les Rencontres internationales de la photographie en Gaspésie has literally pushed art photography into parks and forests and onto beaches, inviting visitors to a true treasure hunt along the legendary Route 132… 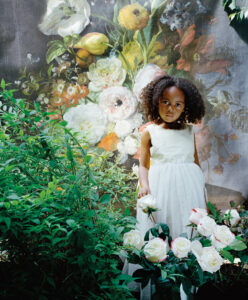 Marisa Portolese, Kinship as a Practice: In the Studio with Notman — Laurie Milner 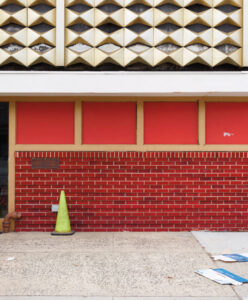 June 21, 2022 [originally published in CV111 in Winter 2019] — By James D. Campbell. The photographs of Belgian artist Bert Danckaert have been likened to abstract paintings, but the family resemblance resides more in the facture than in the finished work of art… 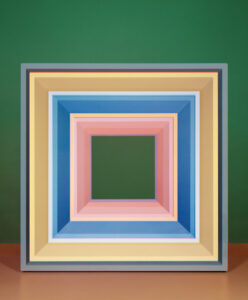 June 21, 2022 [originally published in CV111 in Winter 2019] — By Stephen Horne. A number of Montreal artists are proposing ambitious responses to the dissolution of traditional artistic genres in what is clearly a “post-medium world.” Jessica Eaton is one of these, as evidenced by her recent exhibition titled Iterations (I) at Galerie Ertaskiran..

A new publication has been added to the online section devoted to documentary photography. Read Sophie Bertrand’s interview with photojournalist Adrienne Surprenant.

Coming from the Indigenous culture, voices that were oppressed for a long time are now asserting themselves with strength on the public scene. Here, we present three of these voices: they stand out for their use of photography as a central vehicle of their approach. Together, they offer a renewed vision of Indigenous identity. 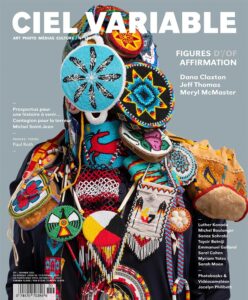 The Gabor movie draws a portrait of a photographer whose images still have the power to move us. Read Michel Hardy-Vallée’s review here. In theaters May 27.

From Charcoal to Aerosol. Street Art in Montreal

Robert Walker explores various manifestations of street art in the neighborhood of Hochelaga-Maisonneuve where he lives. A colorful project in which graffiti and murals compete with superheros and other comic book characters to attest of a vibrant popular culture.

Browse Ciel variable’s recent issues by viewing tables of contents, excerpts and images. They are available in paper format and as digital downloads at our boutique.