At the core of 45, a photobook by Damian Heinisch, a German artist born in Poland and based in Norway, is a narrative of migration, family separation, and fragments of life (and death). The book, Heinisch’s first in his thirty-year career, earned him the First Book Award, handed out each year since 2012 by London publisher MACK. The narrative is also one of a train trip: all the images were taken from the train that was taking Heinisch from Ukraine to Oslo. It was a way for him to evoke his Polish father’s flight to West Germany in 1978, as well as his grandfather’s path to death in a camp in Ukrainein 1945. Three journeys, three fates – each taken at the age of forty-five. 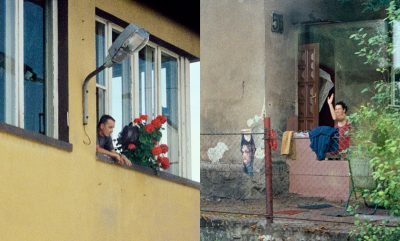