The World Press Photo exhibition, which usually travels the globe, will be on the road less during this year of pandemic. By the end of July, more than half of the 125 stops had been cancelled. All of the presentations kept on the schedule, including the ones to come, were to take place in Europe, except for three: the one in Sydney and those in Quebec, in Montreal and Saguenay (at the Zoom festival). But two weeks before it was due to open, the Montreal exhibition also fell victim to the times. The only survivor, the Les Gazelles de Gouandé reportage, which earned Olivier Papegniesan award in the Sports category, is being presented on outdoor structures in Old Montreal. Like many other events, World Press Photo, based in Amsterdam, has been forced to turn to the web to pursue its mission; offered until November, for example, will be the popular master classes. Twenty-four photographers will be participating, including Canadian Pat Kane. 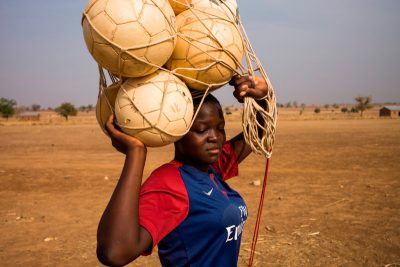