The Aperture Foundation, a New York publisher and exhibition centre, has published online interviews with twelve photographers on lockdown here and there: in and around New York, as well as Istanbul, Dhaka, and Algiers. Each gives her or his impressions about the pandemic and its after effects. Bangladeshi Tahia Farhin Haque feels, for example, that “it’s necessary, more than ever, to create art that is free of racism, sexism, and bigotry, and makes us feel again. RaMell Ross, from Rhode Island, noted that he had to adjust his way of teaching to encourage his students “to build images, or think about photography as construction, and less as capture.”

The experienced Pablo OrtízMonasteriohas been taking advantage of his confinement in Mexico City to figure out Instagram. He began with a look back at the 1970s. The series Los pueblos del viento (People of the Wind), published in 1981 and stored away ever since, took on new life in the digital format, shared at the rate of three images per day. “The process was interesting,” he says. “I was looking and thinking about the Huave people; at the same time, I was thinking about the young photographer I was back then. I can say I am not a better photographer how, but yes, I am wiser.” 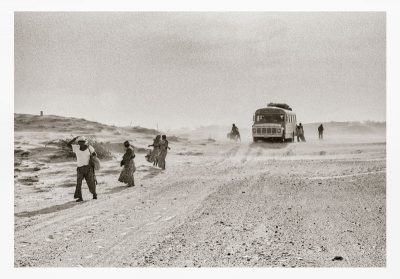