They say the world will never be the same again. But will gatherings – happy and less happy, carnivals and demonstrations – really disappear? Year after year, the World Press Photo competition takes stock of what brings life and death on the planetary scale. The 2020 edition, the winners of which have just been announced, could be marking the end of an era. The photograph of the year, by Japanese photographer Yasuyoshi Chiba, testifies to the courage of people who go down to the street to demand change. The crowd shot in Khartoum par Chiba is lit only by cell phones, as the Sudanese government imposed a total blackout. It was in June 2019, at a time when our technological tools had firepower … together, and not in isolation. We should note that the winning series of the year, Kho (“brother,” in Algerian), by French photographer Romain Laurendeau, relates the genesis of the uprising that spilled into the streets of Algiers for a year. 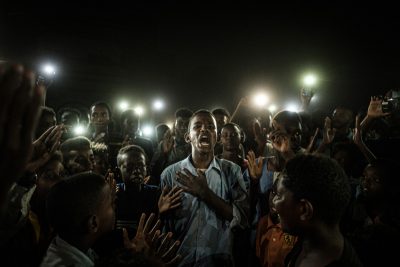