“Human experience is a memory instantly archived and digitized.”1 This statement sets the table for an adventure in the world of artist Antoine Giroux. At first, we resist the statement. We’d like to claim that the world is lived in other ways, through experience that is felt and through emotional and intellectual relationships that are impossible to convey by any digital process whatsoever. We’d like to say that, ultimately, we are freer than that! Although we have the perfect right to believe this, it becomes less and less possible to deny our dependence on technology and on the role of photography in the construction of our public and private identities. 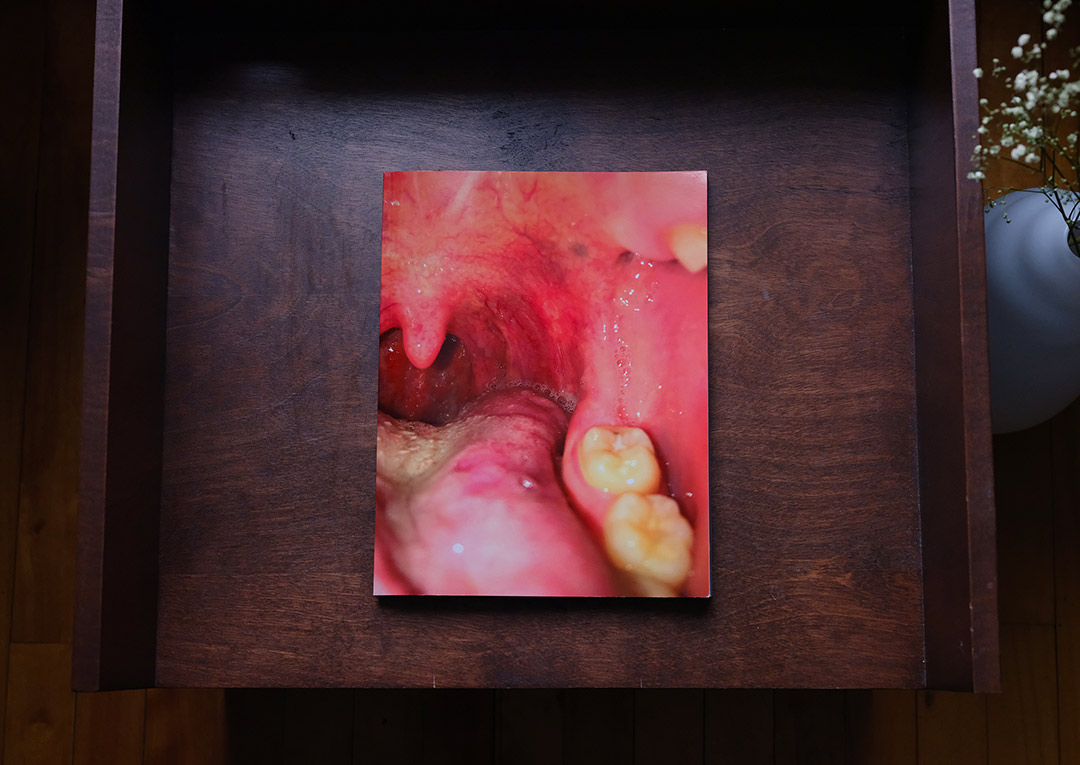 I Wish You Could Look Through Me 2 is a work of brutal coarseness. The book, the cover page of which offers an almost-medical image of the inside of a mouth, plays on the pull between attraction and repulsion typical of some of the unsavoury voyeurism that holds sway on the web. One cannot help but see a parallel with one of the pieces from the new album by the singer Hubert Lenoir, Pictura de Ipse, for which Lenoir literally swallowed a microphone in order to record his song from inside his own body. In both cases, the artists seem to want to transcend the borders between physical and technological experience. Giroux is not the first artist to hope to test our tolerance for the despicable, but once we open the book and begin to look through the sequence of pages, we enter a world that quickly sucks us into a maelstrom of sensations. 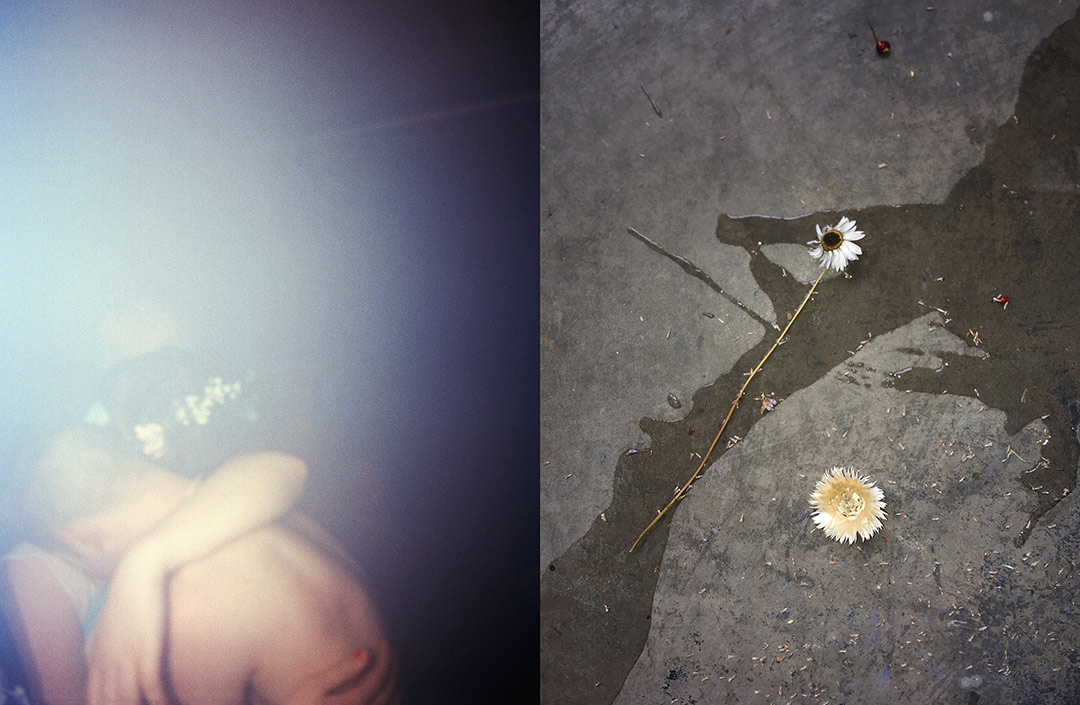 The photographic series goes from a dreamlike world, in which the pixelated texture of the images immerses us in a sort of digital pictorialism, to an ultra-realism that draws us into nighttime, parties, relationships, and Giroux’s wanderings. Everything has an intensity, often expressed through the hard light of the flash and by framings that seem careless. In another statement that we might certainly want to contest, Giroux states that “that telephone is an extension of the human nervous and affective system.”3 I Wish You Could Look Through Me is a fiery book in which we discover life just below the surface, characteristic of a young person experiencing the world both through the senses and via the mediation of technology, which relentlessly and continually captures the outcome of moments of grace and those, more banal, of everyday life. 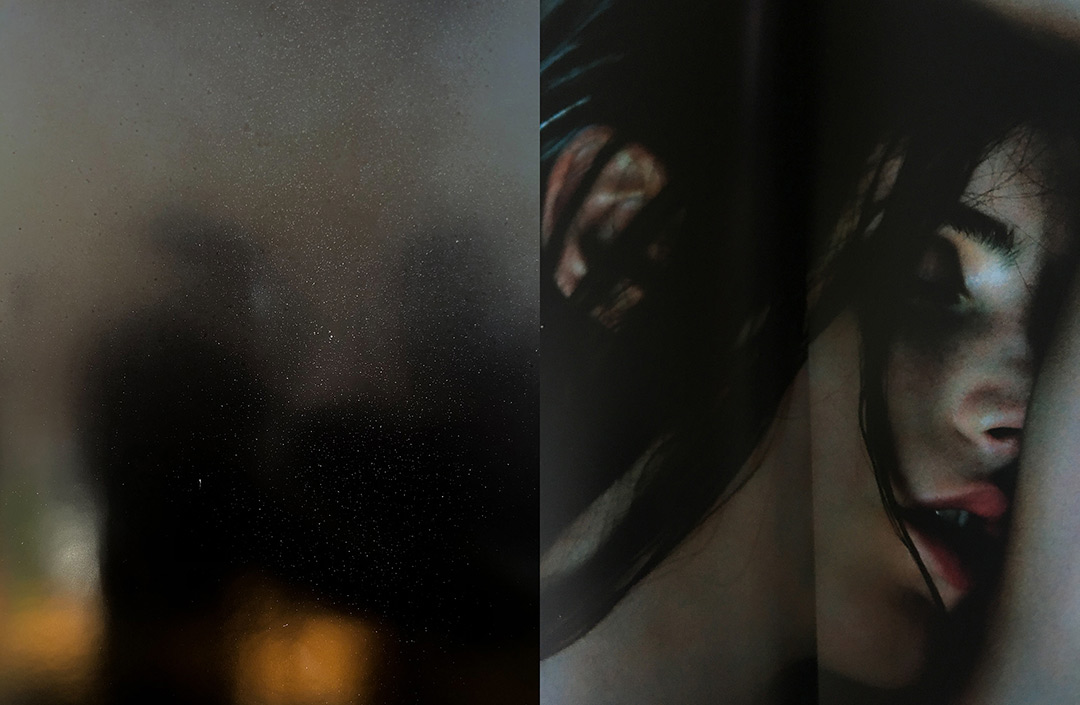 With its letter-size format, glazed paper, and laminated cover, Giroux’s book borrows the form of a generic magazine. It also echoes the minimalist graphic treatment used in the cell-phone image-viewing applications that collect our personal histories, sheltered from the hyper-curated images that we want to project on our social media accounts. I Wish You Could Look Through Me is intended to be a work liberated from this personal curatorship and presented utterly uncensored. Here, the series of phone pictures is exploited basically in its entirety, like a personal diary. Whether it is through the cover image in which Giroux literally tries to have the device enter his body, the documentation of moments tinged with alcohol, drugs, sexuality, and violence, or through the integration of images referring to Giroux’s photographic process (negative holder, details of digitized photographs, parts of prints in development baths, and so on), Giroux’s offering speaks of the integrity and sincerity of his approach and of the candour of his youth. I can only applaud his audacity in exposing himself this way and in seeking, in such raw material, the essence of a beauty that is otherwise neglected. Translated by Käthe Roth