After forty years recording the twisted relationships between humans and nature, Edward Burtynsky is thinking about his posterity. The former student at Ryerson University, in Toronto, is promising a huge donation to the university’s museum. The Ryerson Image Centre will therefore house the largest Burtynsky collection. The donation will be made as a series of annual gifts that may stretch until 2025. The first group of 142 photographs, an overview of which is already available, covers the 1970s and 1980s, a period before Burtynsky’s first major exhibition and his rise to international fame. The Homesteads series, which concludes this period, acts as a bridge between his more locally based early work (here, a farm) and the emblematic projects that followed, documenting mines and other devastating industries. 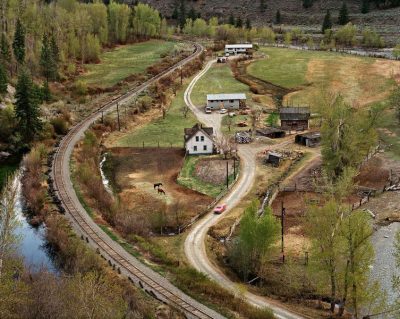