Scientific accounts explaining the origin of the universe have always been confronted with beliefs arising from the times within which they were pronounced. Although the great laws of physics have probably elucidated the mystery of the creation of the galaxies, it remains nonetheless that these cosmological explanations, involving a scale of time broaching the infinite, remain unmeasurable and are thus subjected to the persistence of doubt. 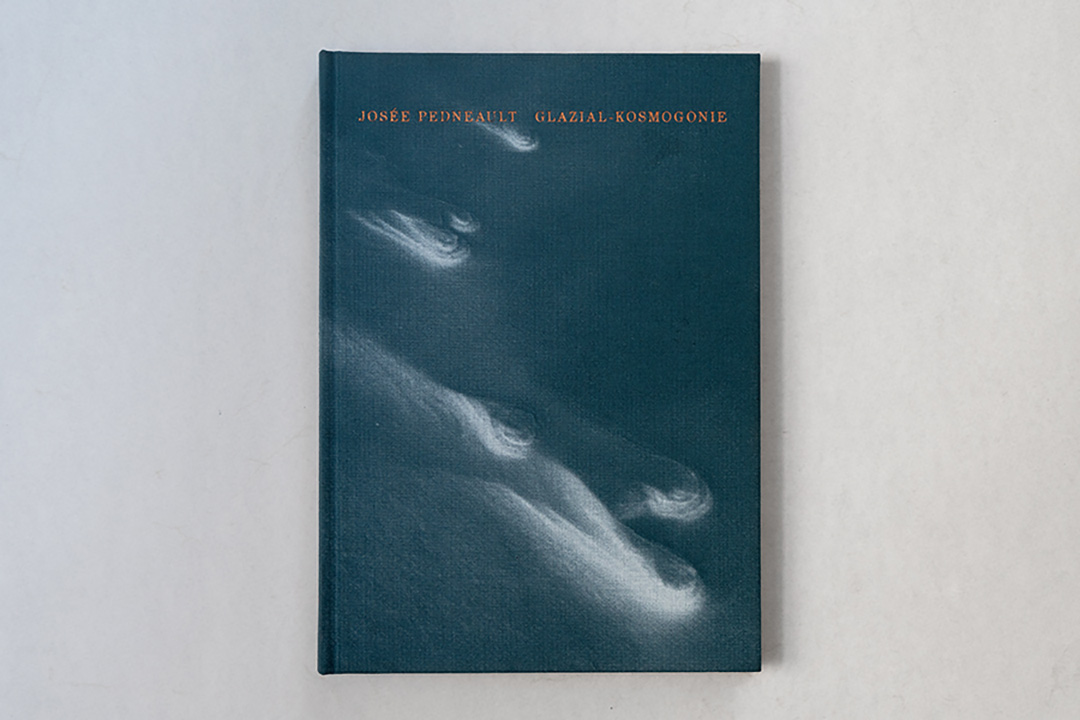 In 1913, in a book titled Glacial Cosmogony: A New Evolutionary History of the Universe and the Solar System, the engineer Hanns Hörbiger made his entrance into the scientific world of his epoch. Hörbiger theorized, notably, that a collision between an enormous “mother star” (two hundred million times bigger than the sun) and a huge ice asteroid likely accounted for the formation of our solar system. It was his hypothesis that the impact set off a series of events explaining the workings of the universe, still unexplored at the time and thus open to such speculation. In his “world ice theory,” Hörbiger also advanced that Earth had undergone repeated cooling phases due to the cyclical capture of moons, made of ice, that circled the planet spiralling inwards until they eventually crashed into it.

Hörbiger’s theory gradually lost its lustre, not without having gained numerous adherents in the decades following its introduction. It received its death knell in 1969: when Neil Armstrong finally walked on the Moon, it turned out to be made of sand, not ice. Nevertheless, world ice theory remains an edifying example of the immense power that pseudoscience can exert when it is perfectly aligned with gaps in knowledge. 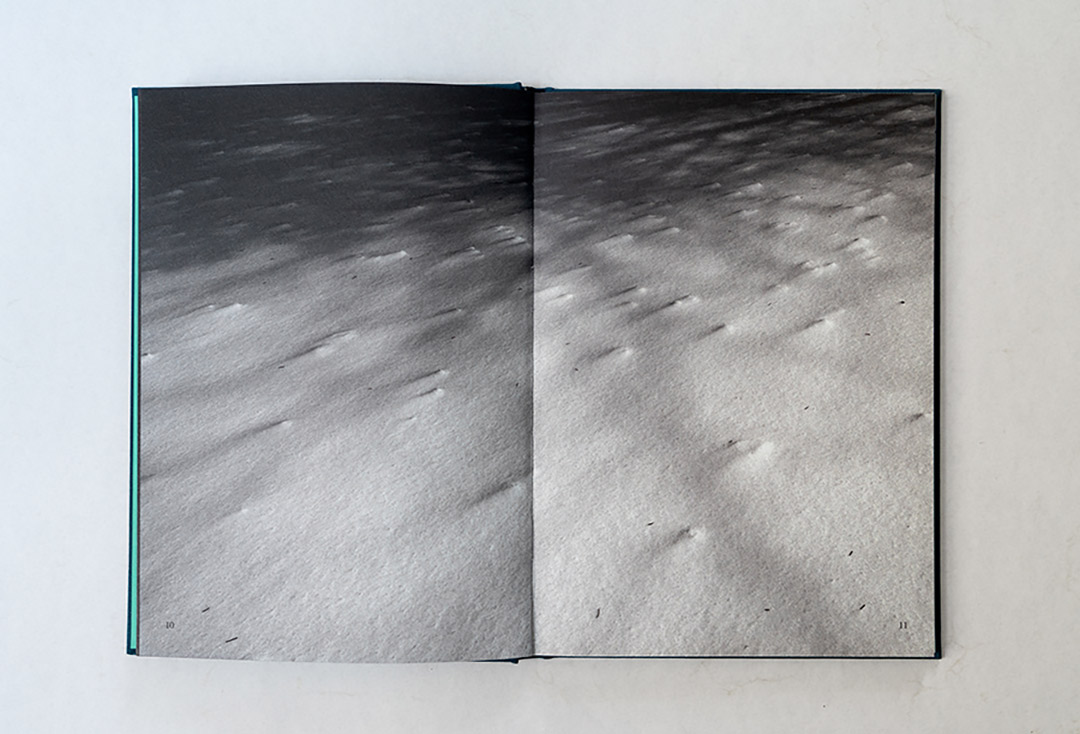 In her work Glazial-Kosmogonie, artist Josée Pedneault draws on the history of this theory for her reflection on knowledge and the unstable nature of pseudoscientific theories. Composed of photographs, drawings, objects, sculptures, and books about world ice theory, the work was first presented as a gallery installation, and it was then marvellously transformed into an artist book1. Like Hörbiger’s theory, Pedneault’s work exploits the capacity of images to appeal to the imagination and establish new paradigms for understanding the world.

The work is deployed through a multitude of photographic images whose reading is modified by the proposed frame of reference. For example, an ice field photographed in winter becomes, through Pedneault’s eyes, a representation of mountains formed during cosmic catastrophes. What seems to be a snowy mountain range seen from the sky looks like the surface of an unknown ice planet. Other images also suddenly seem to take on astral aspects. 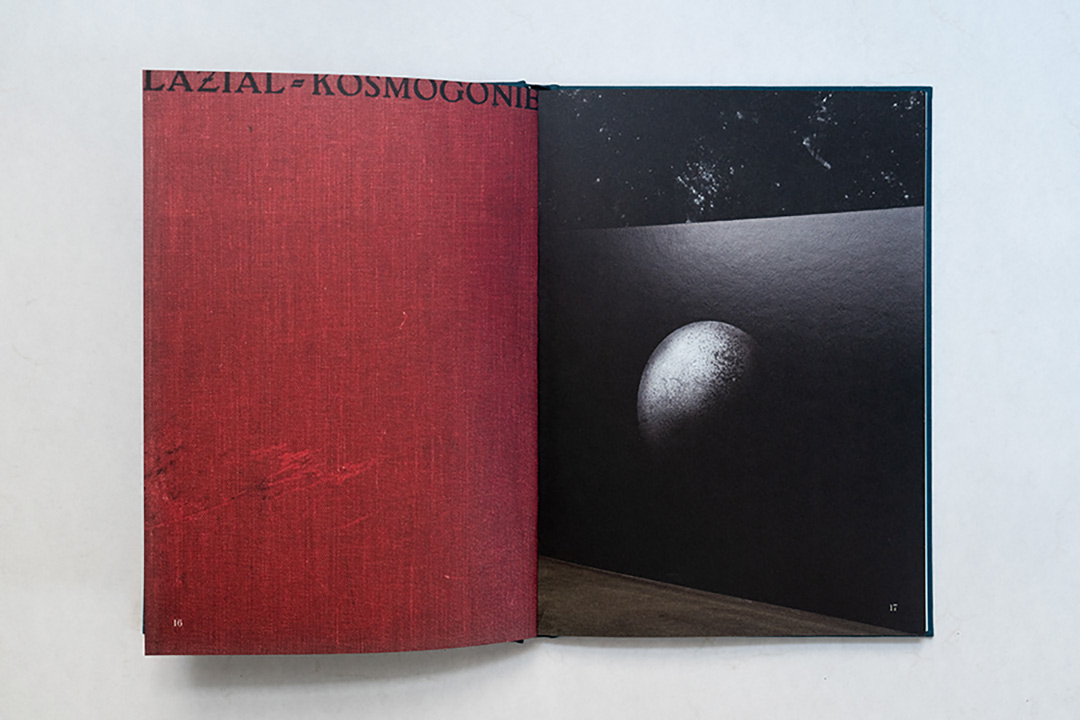 Pedneault uses the medium of the book, an ideal symbol of knowledge, as raw material for creation of her works. Removed from its scientific context, the book becomes an aesthetic object, the form of which reveals a certain codification of knowledge. In fact, doesn’t the aura of credibility that issues from the title page of Hörbiger’s book, which Pedneault digitized to integrate it into her own project, reside in part in the gothic font, the page layout dictated by publishing practices, and the paper yellowed by time? And what are we to think of the photograph of a sphere, floating in total darkness, that stands in for the moon? Are we not tempted to see it, really, as that heavenly body gliding through space? Pedneault highlights how fragile the meaning of texts and images is when it can’t be verified. 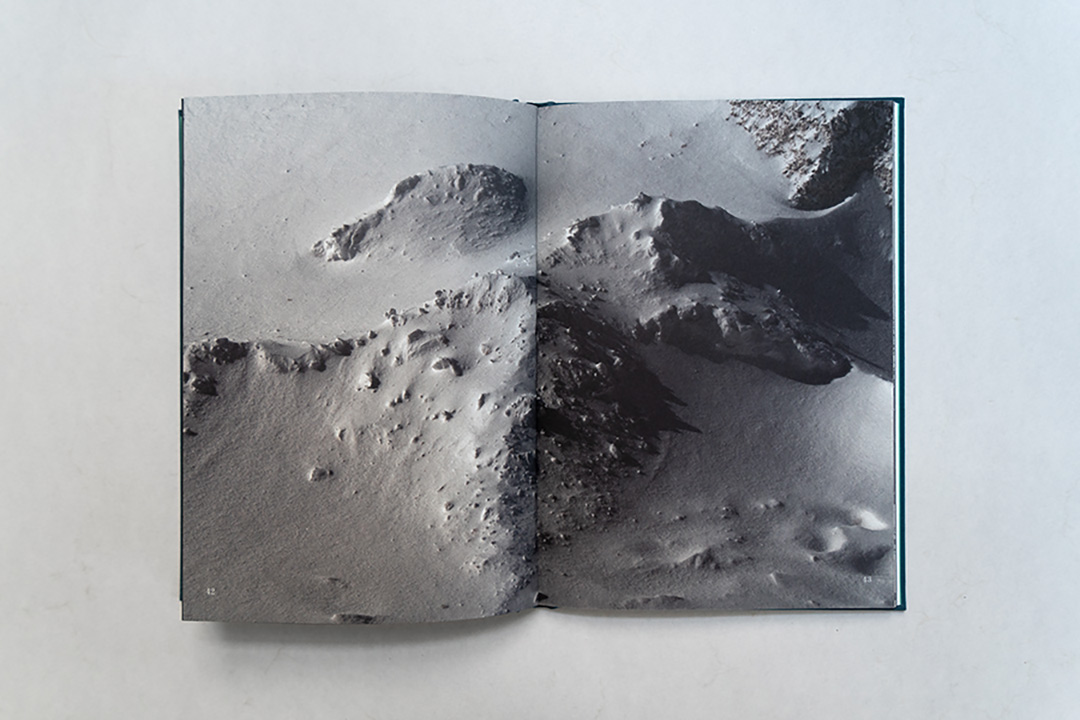 Glazial-Kosmogonie creates transfers of context that reveal how an object of knowledge is constituted. World ice theory, taken from the context of science to that of art, is one example, but the transfer of the work itself, composed in the three-dimensional space of the gallery, into an artist book is just as significant. By photographing only the details of the installation (it is never shown in its entirety), juxtaposing those details with drawings and various digitizations, and superimposing all these images on the pages of the book (the superimposition of images being a strategy also used in the gallery), is Pedneault not creating a new transfer, aimed this time at bringing us into the structure of her own installation? Like its genesis, Hörbiger’s theory, this book is a defining construction, arbitrarily bringing together a multitude of sparse fragments. One could thus compare it to the well-known astral constellations, which create connections between stars that, otherwise, float freely in space, indifferent to the aspirations of the human beings who project their fantasies onto these stellar structures. Although we could certainly be annoyed with pseudoscience for profiting from our propensity to fill the space of the unknown with the imagination, we can also rejoice greatly in the moments when art appropriates this same space to inspire reflection and contemplation. Translated by Käthe Roth