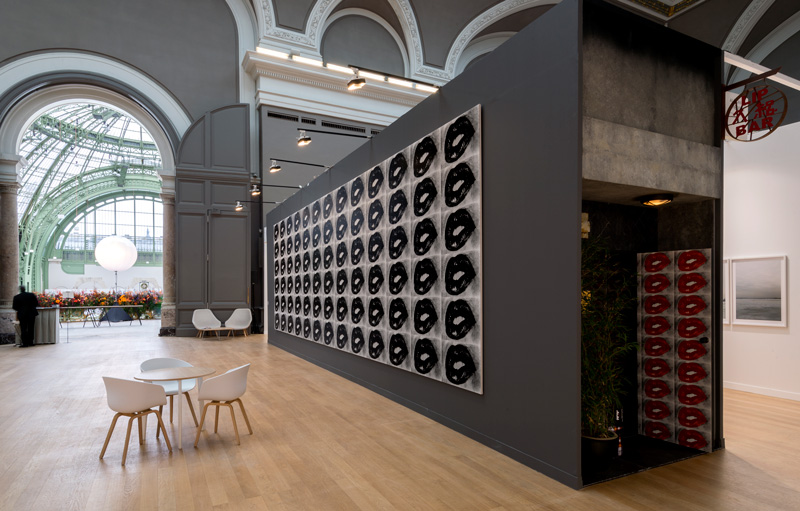 [Excerpt]
Context. The 22nd edition of the Paris Photo international photography fair took place November 8–11, 2018, in Paris. During the four-day fair, crowds of artists, gallery owners, collectors, publishers, curators, journalists, and photography lovers bustled through the Grand Palais, which had become a labyrinth of images organized by Paris Photo director Florence Bourgeois and artistic director Christoph Wiesner. What took place in the light ﬂooding through the magniﬁcent glass roof of the exhibition hall, a setting worthy of the grandeur of the event, was a crossroads of images and encounters. In this showcase that aimed to bring creative people into contact with art dealers, the public, it must be said, drew almost as much attention as the photographs. A microcosm that was ephemeral yet concrete, Paris Photo’s content was remarkable in both quantity and quality, even though the event was circumscribed by the exclusivity of access criteria for exhibitors. A few ﬁgures: 199 exhibitors from 38 countries organized into ﬁve “sectors” (Main, Prismes, Book, Curiosa, and Films). The exhibitors comprised publishers, offering a goldmine for photobook lovers1; artist films chosen from among projects submitted by exhibitors; and galleries (a total of 168 between the Main and Prismes sectors), the real flesh and blood of the fair. Although much more numerous than last year, galleries from Africa, Asia, the Middle East, and South America were still in the minority, as most exhibitors came from Europe and North America2. The newly inaugurated Curiosa sector was organized by curator and art critic Martha Kirszenbaum3. She chose to present a selection of erotic images “that redefine our gaze at the fantasized and fetishized body, tackling the relations of domination and power, as well as questions of gender.” Perhaps Paris Photo had to reach past the age of majority to dare to undertake such an initiative. In any case, once one crossed the threshold of the Grand Palais, there was only one question to ask: Where do we start?…
Translated by Käthe Roth

1 The publisher section included 31 exhibitors from nine countries.
2 Specifically, the main sector hosted eight galleries from Asia, four from the Middle East, four from Africa, and three from South America. The 2018 edition of Paris Photo included forty-two new galleries, twenty-two of them new participants.
3 Kirszenbaum was also curator of the French pavilion at the 2019 Venice Biennale.