The photograph of the year chosen by World Press Photo, a huge competition that honours what has been published in preceding months, featured, for the 2021 edition, the pandemic. No surprise there. And yet, the winning image, unveiled on April 15, is a digest of all the pain in the world, sufferings of body and soul, physical barriers, improvised care, and more. Shot in Brazil by the Danish photographer Mads Nissen, it shows a nurse hugging her patient, the first she has received in five months. They seem isolated, surrounded by sheets of plastic. The frontal view, without a possible vanishing point, reflects the situation of a country whose president denied that the health crisis exists.

The story of the year was awarded to Italian photographer Antonio Faccilongo for Habibi, a report on other solitudes – those of Palestinian women whose husbands are political prisoners in Israel. Awards were handed out in ten other categories. 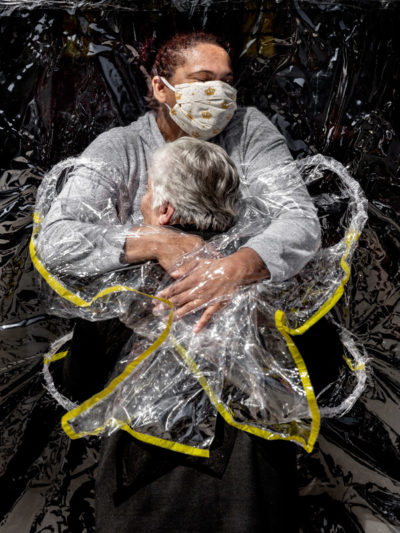