On the cover of Rebâtir le ciel1, the terms associated with different gender identities are intermingled with those of astronomy. Androgyny, near-Earth object, gender dysphoria, black galaxy, lesbophobia, telluric planet, biological sex, and other radio-astronomical bodies form a sort of long poem stating the necessity of rebuilding the sky of identity and including in it an overwhelming multitude of nonbinary beings. 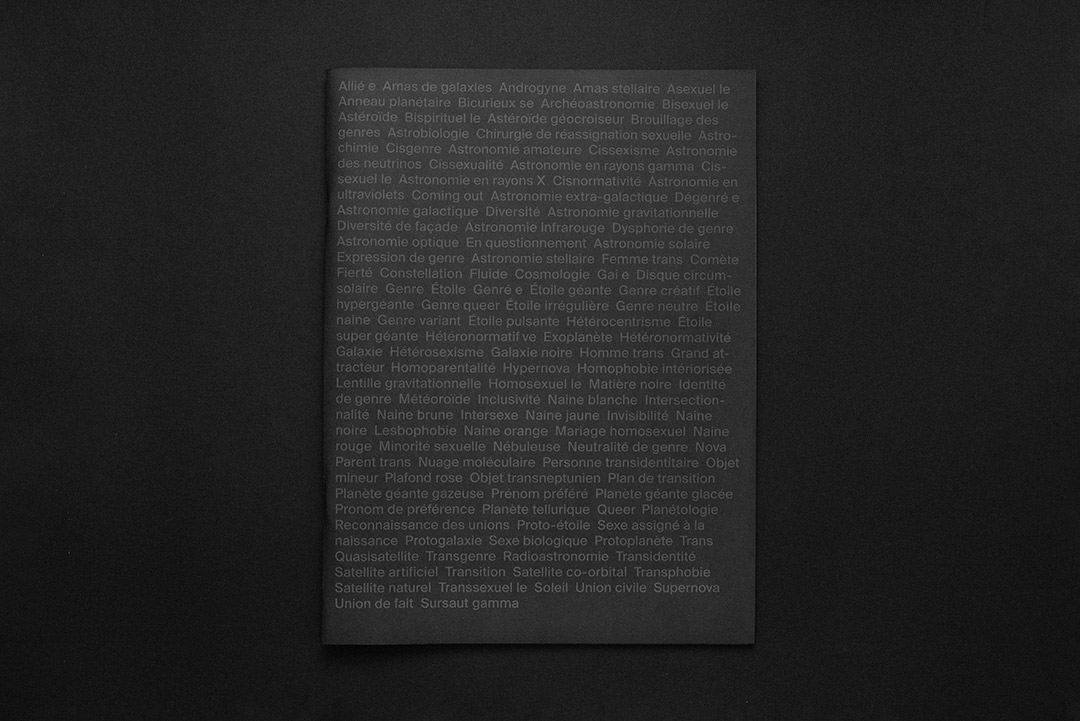 Rebâtir le ciel responds to the need to listen to a community whose members are still struggling today to shake off discrimination. It thus gives shape, we can imagine, to Simon Émond and Michel Lemelin’s desire to transcend reportage and offer an aesthetic experience that should be as polysemous as the subject addressed. In this encounter between the testimonials of people identifying with the LGBTQ+ community and photographers haunted by mystery and sometimes flirting with abstraction, an atypical, and undeniably seductive, object comes to light.

At the heart of the work are the night and its unfathomable darkness. We sense solitary figures, sometimes blurred by the movement of the camera or fading into the landscape, the result of photographic post-production and black ink saturated onto the paper. What emanates from this set of photographs is a feeling of insecurity and vulnerability, as if the subjects wanted to emerge from this blackness in order to shine in a new firmament. 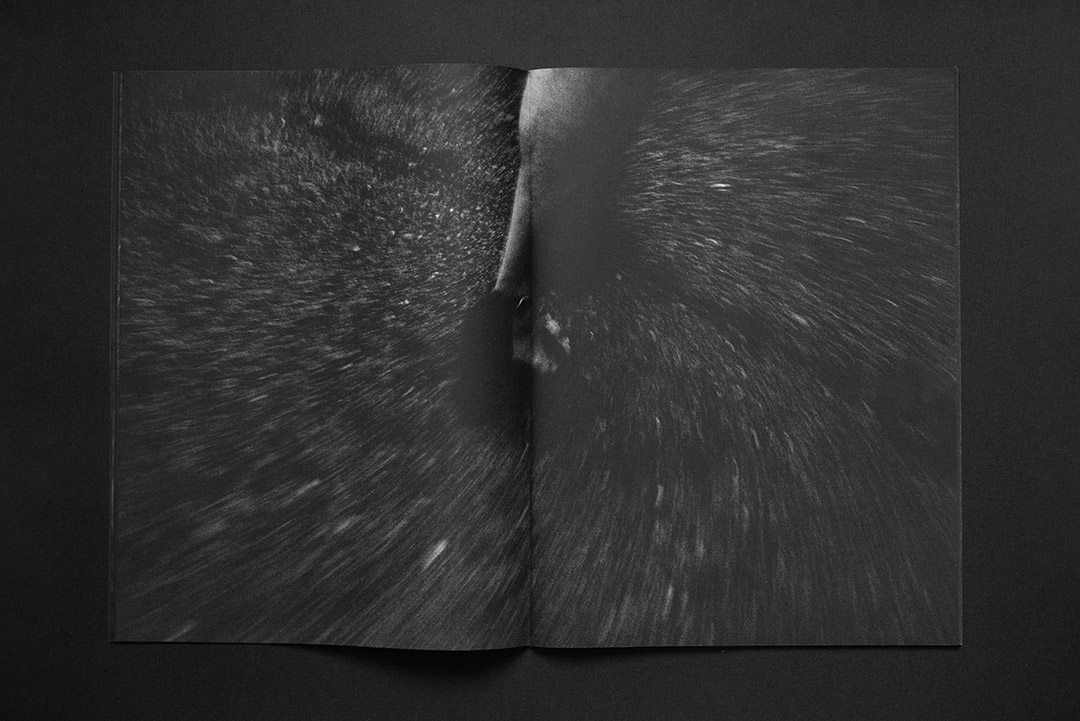 Throughout the sequence of pages, smaller sheets of paper present the poignant stories of people whose identity has been constructed on the margins of heteronormativity. Haunted by violence, these stories anchor our reading and bring us back to lived experience, offering a striking counterpoint to the dreamlike ambience of the images. The two components of the book thus enlighten each other, bringing forth a multitude of emotional responses and opening up to both a broad societal reflection and an empathetic and personalized gaze at the reality of the other.

The project appeals to readers through its brilliant layout, the result of Émond and Lemelin’s collaboration with Maxime Rheault, co-founder of the design studio Criterium. Rheault’s contribution to the photo-book field in Quebec has been notable for several years, as numerous photographers are turning to his sensibility and ability to unite the graphic design of a book with the artwork it contains. Rebâtir le ciel is a remarkable example of this. It is imposing in size (40 x 60 cm, when open on a table), and the enlargement of the images exaggerates the granular texture that, in some images, is conflated with starry skies. On the text pages, small images of firmaments sprinkled with stars, taken from various public archives, reinforce the metaphor that is the source of the project: the revolution in conceptions of gender identity is related to the upheavals provoked by the discovery of heliocentrism – a powerful image, around which the artists and the designer constructed their book. 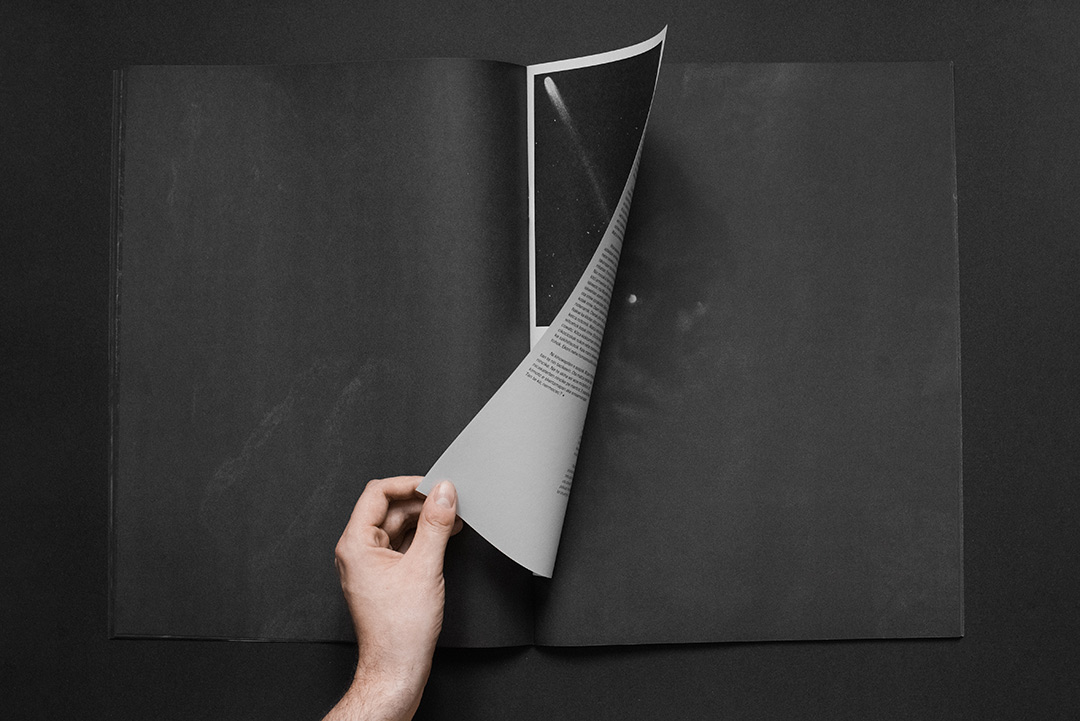 At the very end of the book, one text stands out for its form, and its words seal the proposition and singularly unify the concrete nature of the testimonials with the more elusive nature of the photographs. In a poetic and intensely febrile text, Michel Lemelin tells the story of the auto-da-fé at the Opernplatz, in Berlin, in 1933. He describes how young men blinded by Nazism invaded the institute of Magnus Hirschfeld, a physician known for his studies on human sexuality and as an important figure in the history of gay liberation. The unpunctuated text, requiring careful and determined reading, brings alive all the suffering and injustice that continues today for those with diverse gender expressions. The result is a stronger comprehension of the importance of this book and the role that it might play in the redrawing of our sky maps. Translated by Käthe Roth